There is the same amount of water in the planet now as there was in prehistoric times.

People, however, they're making more of 'many more, far more than is ecologically sensible' and all those people are utterly dependent on water for their lives (humans consist mostly of water), for their livelihoods, their food, and increasingly, their industry.

Humans can live for a month without food but will die in less than a week without water. Humans consume water, discard it, poison it, waste it, and restlessly change the hydrological cycles, indifferent to the consequences: too many people, too little water, water in the wrong places and in the wrong amounts." 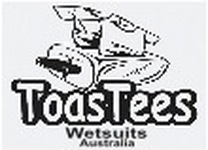